¿Did you know that Calella is one of the Family Tourism destinations on the Barcelona Coast? With this post, I want to explain you our experience in the touristic train of Calella “El Carrilet”, a fun activity to enjoy during your family vacations. 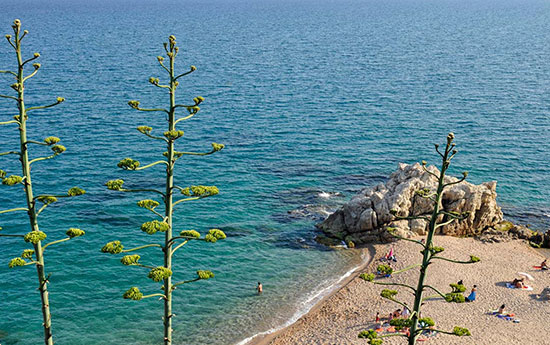 A few weeks ago, me and my family decided to spend a beach day in Calella, we went by train, as the connection is quite good and the station is right in front of the beach. We spent the morning in Playa de Garbí, this beach is quite wide and is next to lighthouse of Calella. Very close to this beach we can find the Hotel Kaktus Playa, one of the hotels of GFH Hotels group, the company where I work as Guest Relations. 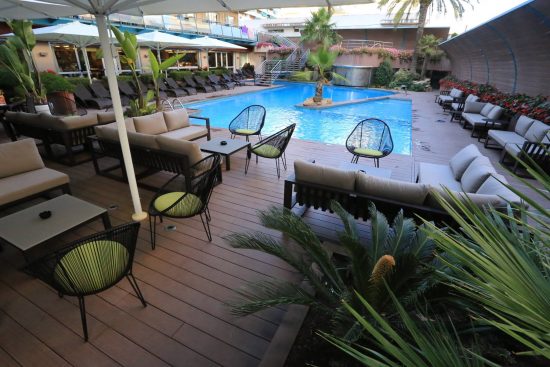 After the meal, we decided to wander around the area and found a touristic train stop ”El Carrilet” de Calella. Is the typical tourist train, that is in almost all the coast towns and allows you to take a tour around the city.

The stop was very close to the beach. Another family that was waiting for the train told us that the tourist train left us at the train station to get back home. We decided to get a ride to know a bit more about the city.

While we were waiting for the train, I noticed that there were some information panels, there was indicated the route and all the stops of ”El Carrilet”. It has service during the summer period from 9:00 AM to 10:00 PM and there is usually a train every 20 minutes.

They have 2 types of fares, a one-way trip that costs 1,50€ and an entire trip around the city costs 2,50€. We choose the second option as it was the first time we rode and we wanted to know more about Calella. You can buy the ticket direct at the train, the driver is in charge of selling the tickets. In our case, as we were 4 people, we paid 10€. 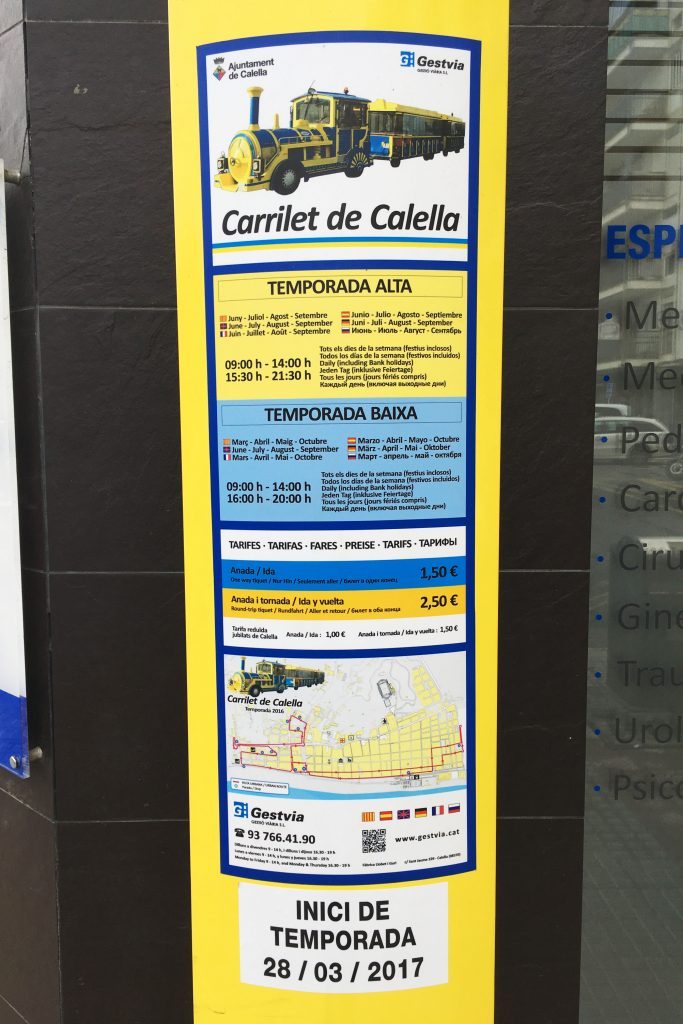 “El Carrilet” is quite picturesque, yellow and blue, as almost all trains of this type is open and you can see the landscape and get refreshed with the breeze while you are strolling around the city.

We started the trip getting to the upper part of Calella where there are several hotels, bazaars and supermarkets. Is mainly a hotel area, slightly away from the city centre.

Then we follow the way to the main road (N-II), that connects many cities of the Maresme region. We arrived almost at the end of Calella, where there is a Camping. From there you have some beautiful views to all the city and the beach.

We passed along the promenade, and we liked this particular route very much because the train passed next by the sea and the views were very pleasant. On the seafront, there are several beach bars where you can have a drink. Right on this path you will find Bahari Beach Club, a beachside restaurant with a minimalist and modern style. If you want to stop at Bahari Beach Club, I recommend you to taste the cocktails, they are quite delicious. 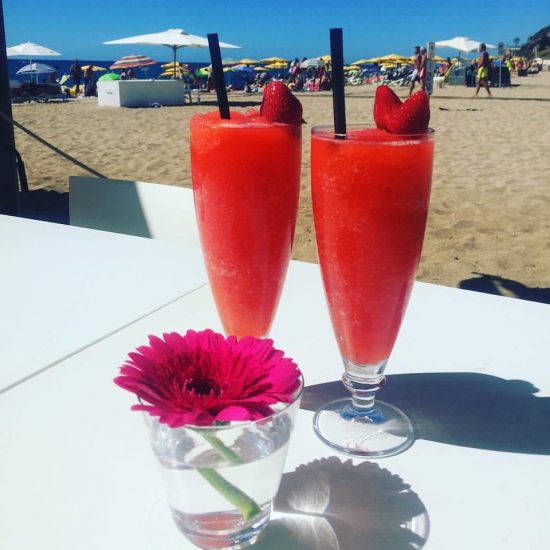 Then “El Carrilet” take us to the east side, there is the end of Calella and start of Poblenou, a neighbourhood of Pineda the Mar. On the train, we got a brochure explaining that every Wednesday morning there is a market in this neighbourhood.

Finally, the train left us at the suburban station (Cercanias). As it was still sunny we decided to extend our visit in Calella and go to the shopping area which is very close to the station. The Calle Iglesia (main street) is 2 minutes walking from the station, is a fairly long street where there are all kind of shops as well as many cafes and restaurants. 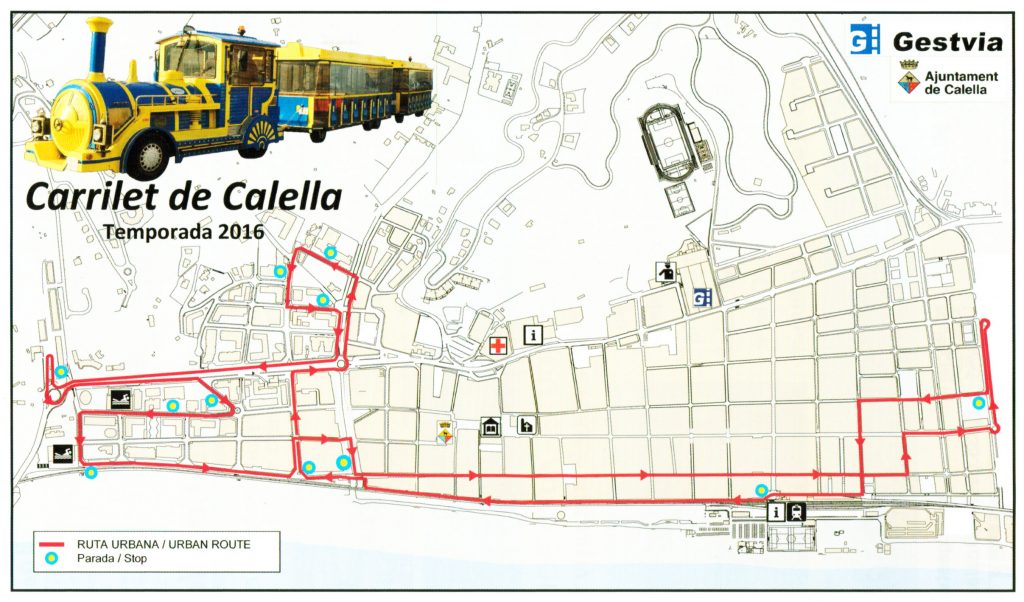 As curiosity comments, I would like to mention that this train has several stops around the city, so you can use it as public transport if you come to spend a day or your holidays in Calella.

We enjoyed this experience and it was a quite full day in Calella. If you have already taken a tour with “El Carrilet” and want to share it, explain your experience in social networks.

» Travel with kids » Activities for kids in Calella. ‘’El Carrilet’’

About the Author: Emilia Toffolo

Mother and physical education teacher. I like to discover new places with my family. I love Costa Brava beaches and I can't live without music or sun.