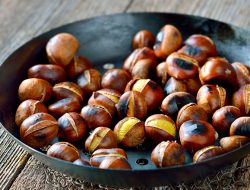 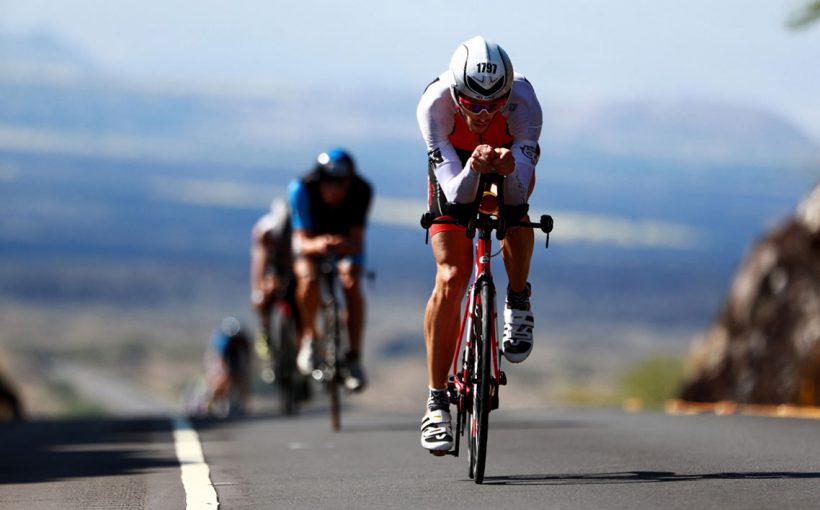 If you are a sports fan this is your event, the most impressive physical challenge in Barcelona. If you want to know what the IRONMAN Barcelona is about, you can read this post;) 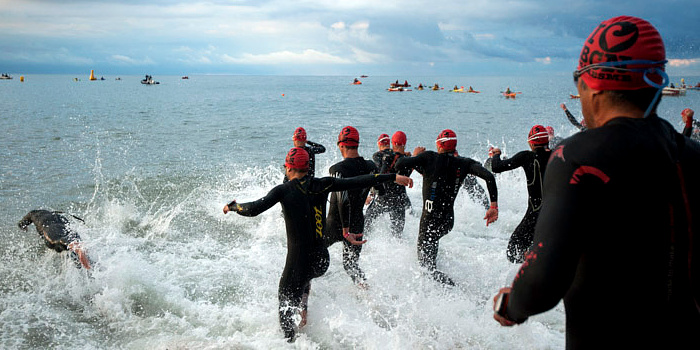 Every year in Catalonia, the IRONMAN Barcelona takes place. National and international athletes attend it to compete and be qualified for the world championship. The competition begins and ends in Calella on September 30th, 2017. Due to its facilities and easiness to organize this type of events, Calella becomes a Sports City where many athletes come to train throughout the year.

The triathlon runs along the entire region of the Maresme, from Mongat to Santa Susanna, having its central point in Calella.

What kind of disciplines are performed at IRONMAN Barcelona?

The athletes have 15h 40’ to complete the triathlon, which comprises the following disciplines: 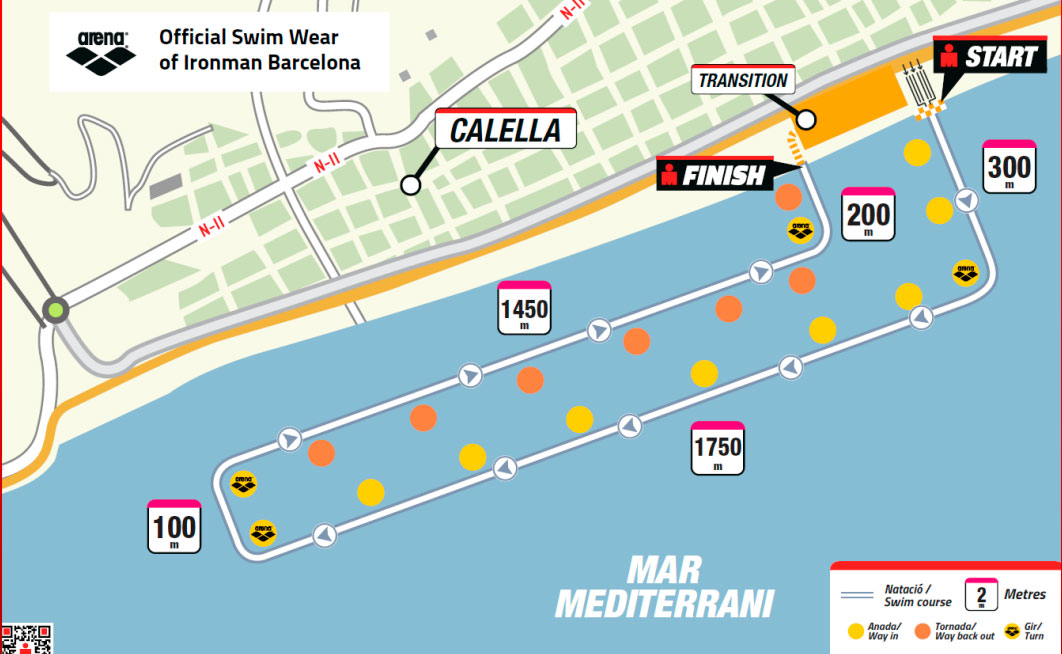 This is the first part, and it takes place on the beach of Calella. At 8:15 AM the signal is given and about 3,000 triathletes dive into the water.

This is the shortest IRONMAN part and it lasts about 2 hours. Athletes swim in the open sea. 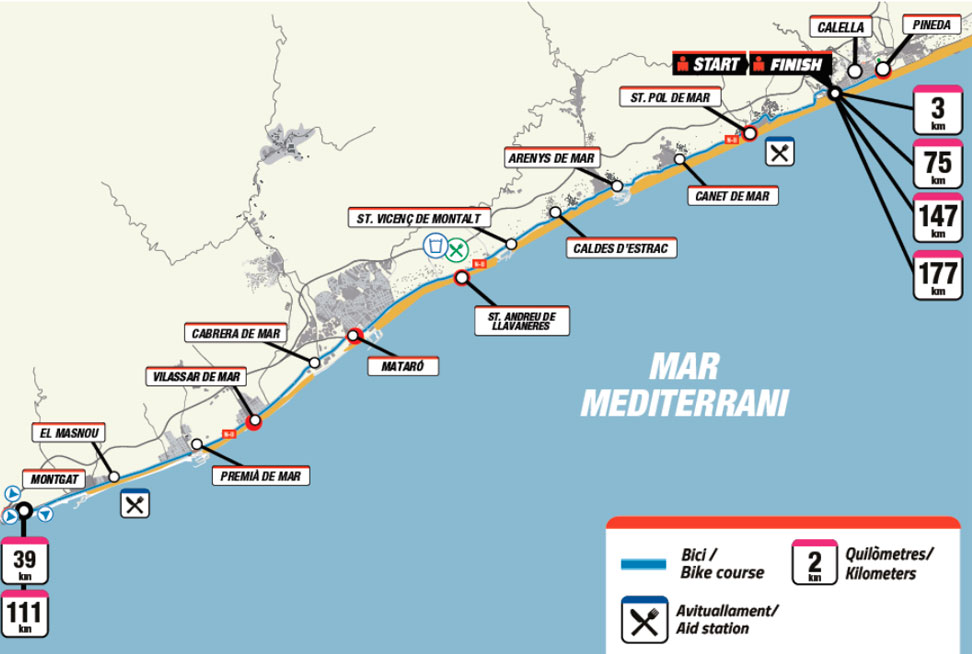 The tour lasts approximately seven hours. It begins in Calella and runs along the entire Maresme coast passing through different locations such as Arenys de Mar, Mataró or Premià de Mar. 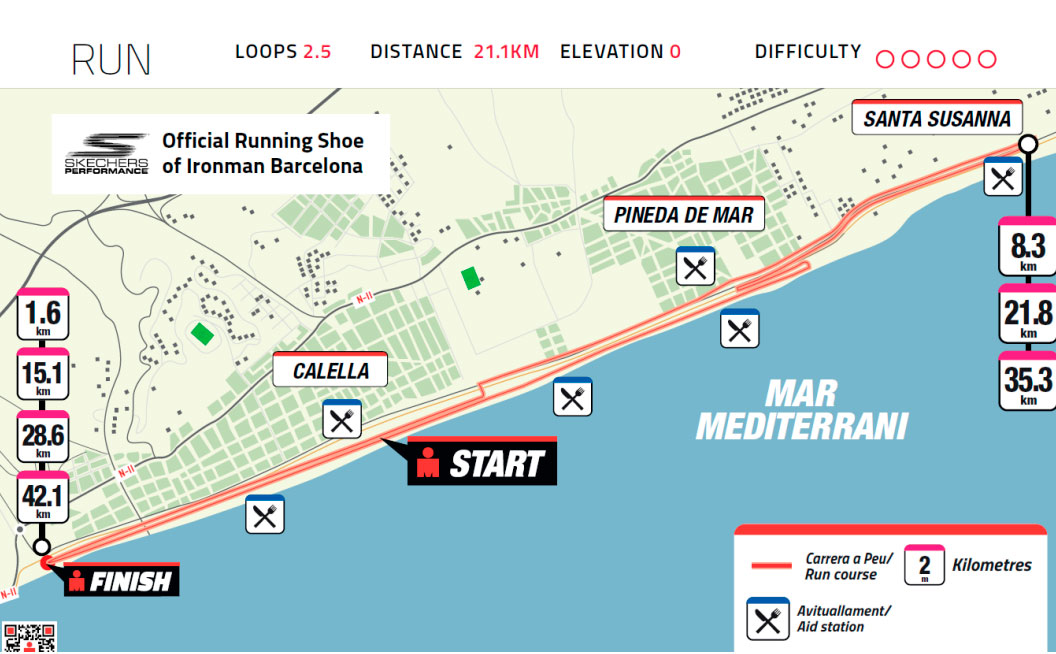 This is the last and hardest part. Athletes have already spent a lot of energy and their only ally is endurance and motivation. The foot race takes place between Calella, Pineda de Mar and Santa Susanna, along the Maresme Coast.

Calella stands out for its proper sports facilities for this type of events; its view to the Mediterranean Sea offers a great variety of practice of water sports.

The city has the Sports Holiday Destination Seal, which guarantees the optimum conditions for all sportsmen:

The days before and after the event, Calella offers many leisure areas where you can shop, enjoy Catalan Gastronomy or relax on the beach with a cocktail by the sea. 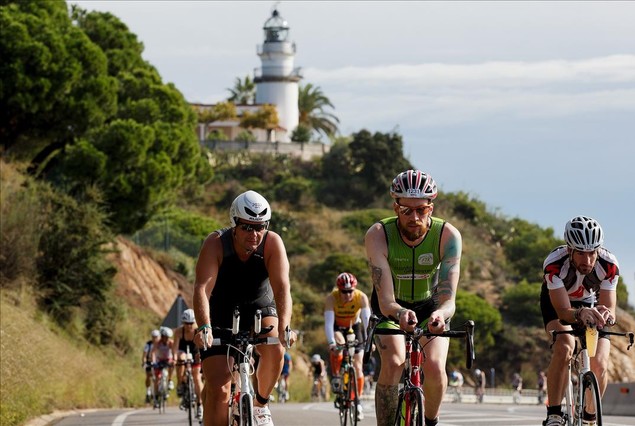 Where to stay for IRONMAN Barcelona?

Calella is one of the largest tourist cities on the Barcelona Coast, and offers many hotels to stay in. GFH Hotels owns 2 hotels in Calella:

Hotel Volga is located in the centre of Calella, 5 minutes away walking from the train station and close to the city’s touristic attractions. This hotel is close to the Swimming-Competition Start and to the Bike Park of IRONMAN.

Kaktus Playa Hotel is in front of the IRONMAN Barcelona finish line. The beach is a-5-minute-walk away and has a gym and a spa.

5 Tips to come to IRONMAN Barcelona

Finally, you will find below five tips to make your stay in Calella easier if you come on the Ironman dates.

I hope all this information about IRONMAN Barcelona 2017 helps you. Do you want to take part of it as a real IRONMAN? Tell us about it on our social networks 😉

About the Author: Loreto Torres